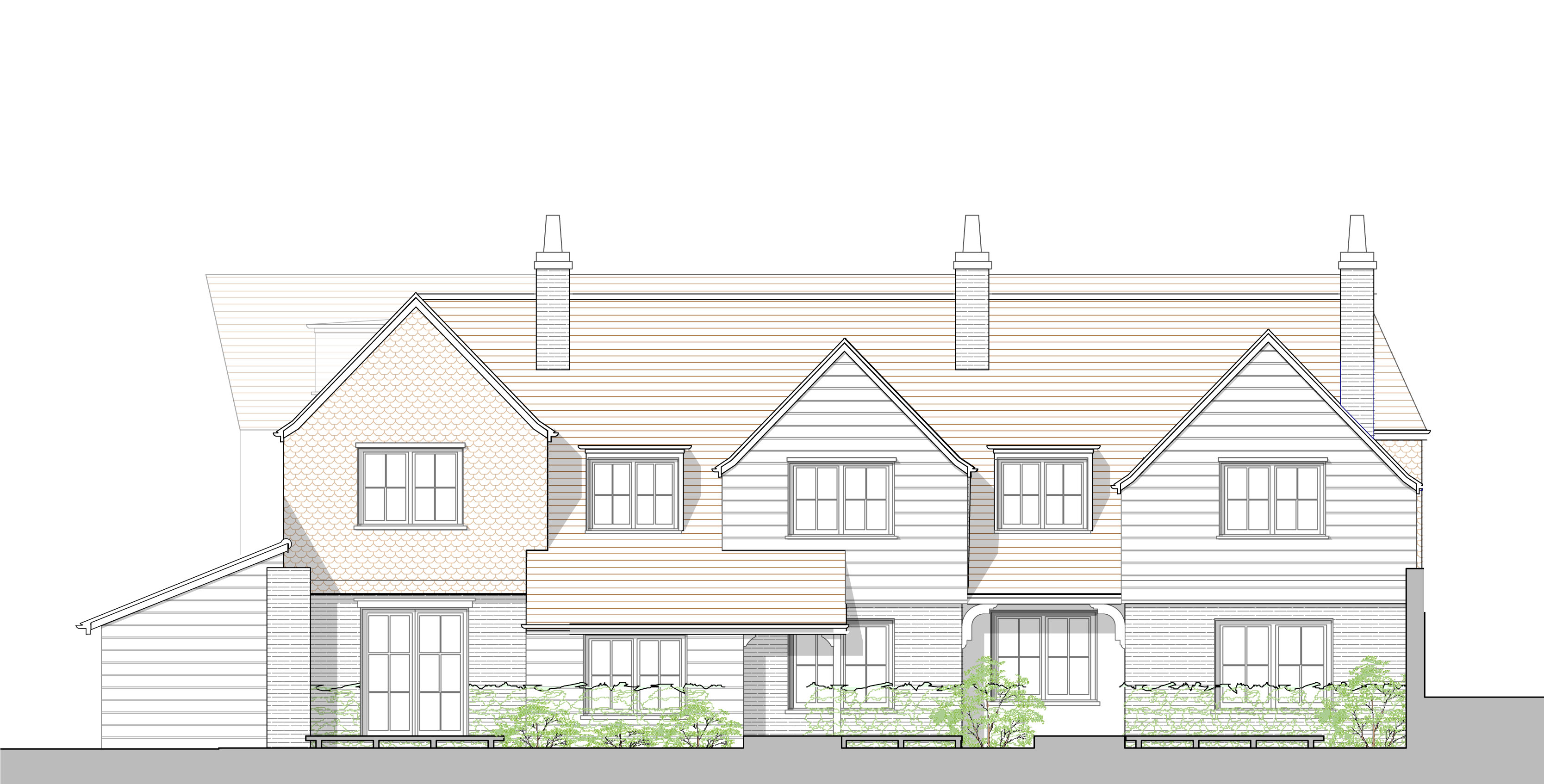 Chalk Lane is an old country lane that leads from Epsom town up to the Epsom Downs, where The Derby and other horse races are held.

The Chalk Lane Hotel was created in 1946 out of two historic buildings, half way between the town and the downs.  Unfortunately it was proving unviable to run as a hotel, so we were approached to make a considerate and respectful conversion of the historic buildings into residential apartments.

The two historic buildings are Heathcote House, late nineteenth century, and ‘Woodcote Cottage’ (so called), a rather grand house of the late seventeenth century, an early example of polite, classically referenced architecture and one of the oldest buildings in Epsom.  The buildings are listed Grade II and lie within a conservation area, just on the edge of the Green Belt.

In our design, the interiors of the historic parts are as little change as possible, in places we are restoring the original domestic layouts. To the rear of these buildings there were substantial extensions built in the 1980’s in a style not very sympathetic to the older parts, and detrimental to the setting of the listed buildings.

The two historic buildings are quite different styles, so we developed a design to replace the modern outbuildings with extensions that use the ‘Surrey Hills Style’ which is local to the area and was the inspiration for Edwin Lutyens’s architecture.  The characteristic motifs are long roofs coming down low, with dormer windows to rooms within; timber boarding and tile hanging. 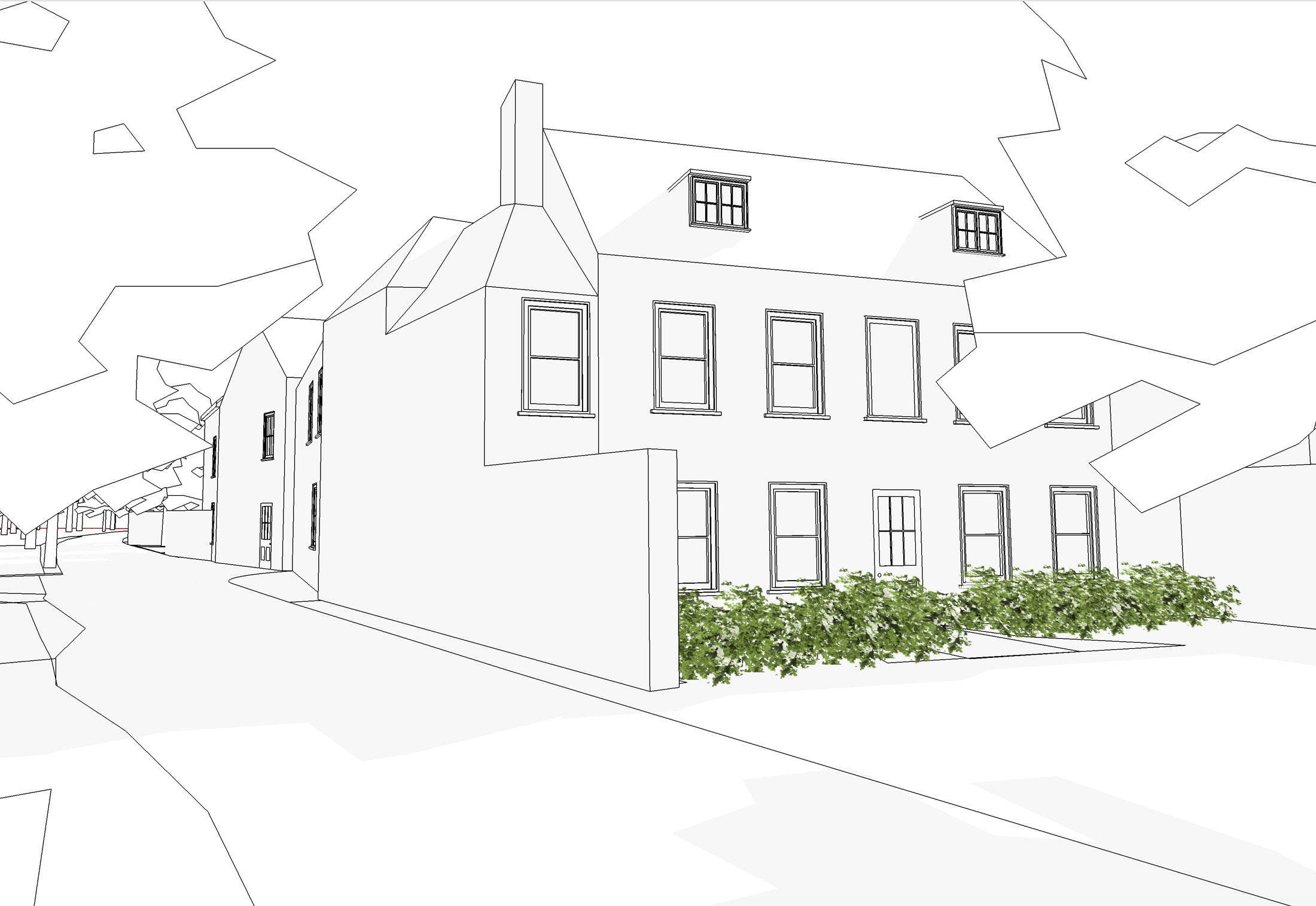 We were able to create 21 new homes, while conserving and protecting the listed buildings and improving their setting.  Work started on site in 2019